It was easy enough to get up early -- like 6:30 am -- this morning since Paris is 7 hours ahead of DFW time. We needed to be up early though because our private tour guide was meeting us at 8:00. After our breakfast at the elaborate buffet (complete with eggs, bacon, sausage, potatoes, fruit and sliced meats and cheeses, and of course several bread selections including croissants, pain au chocolat, and French toast) we got to the lobby right at 8:00 am to meet up with our tour guide, Walter.

Jumping into the Mercedes van, we were off through morning Paris traffic (though on the highways mostly against the flow, since we were going out of the city) toward Versailles.

Along the way, Walter told us a little about the palace at Versailles, its history and construction, as well as some of the monarchs involved, primarily Louis XIV. We arrived shortly before 9:00 am, and with Walter's special tour guide pass, parked right up close to the gate. The palace entrance opens at 9:00, so we had a few minutes to hang around outside and take a few pictures before heading into the "groups" enterance, bypassing the long lines.

Walter was a great private tour guide, leading us all throughout the palace, telling us quite a bit about the Royal Chapel and many of the rooms and halls, as well as what the various monarchs like Louis, the queens, the attendants, high society members, soldiers, and visiting dignitaries did and the roles they played. After exiting the palace, we had 30 minutes or so to roam the grounds and gardens before meeting Walter back at the van.

After leaving Versailles, we travelled Northwest through the countryside along winding roads to our lunch location — Le Moulin de Fourges, a lovely and rather remotely located event venue where several full tour busses had stopped. We had a set menu and sat on a large outdoor concourse overlooking a river. It was apparent they had contracted with tour companies as there were several large groups in attendance, but the service was quick and the food quite good.

After lunch, it was a short drive to Giverny, the home of impressionist painter Claude Monet for the last half of his life. Walter pointed us in the right direction and told us when to meet him back at the van. The self-guided Giverny house tour leads you through the house-turned-museum and the extensive grounds including the Japanese Garden and the water lily pond. We finished a bit early and since it was included in our arrangement, strolled down to a nearby Impressionist Museum before returning to the van.

Walter drove us back into Paris in the afternoon, a leisurely drive for the most part... until we got into the city. Traffic is pretty crazy, of course, but Walter navigated it like a pro, even taking the time to tell us about getting to the train station the next day when we’d be on our way to our next city, Bayeux. He told us the metro workers were going to strike, and advised us on the best way to get from our hotel to the train station... thankfully the hotel was near enough to the train station we were able to walk without having to get alternative transportation.

We said our goodbyes, and it wasn't tooooo long until dinner time, so we decided to make an adventure of the next hour or two, pretty much walking along the route up Rue Saint-Lazare toward the train station, so we could get familiar with it before having to get all the way to the station the next day. What for dinner? Well, a shared döner kebap of course! We packed up most of our stuff in the evening before going to bed, since we just wanted to wake up the next morning, eat breakfast, and head straight out.

Miscellaneous photos from the day (20 images) 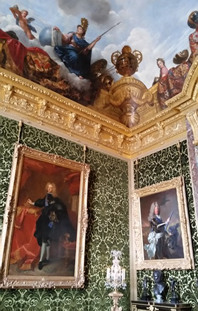 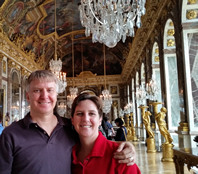