Due to her flight time, Janel had to leave earlier than we did. After a final meeting for breakfast together, she was off to the Roissy Bus to the airport while we took a morning stroll, Northeast along Rue la Fayette to Eglise Saint-Vincent de Paul. Montmartre and Sacré-Cœur weren't too far away, so we decided to walk to that area, but not all the way up the hill to the basillica... and stopped at an artisan chocolate shop called Sous les Amandiers to get some macrons and other confections. Janel messaged us saying her bus was standing-room only, so we decided to move a little faster.

Back at the hotel, we gathered all our stuff, checked out, and started the short trek to the Roissy Bus stop. On our way, we passed several police vans with cops in full riot gear pouring out, facing down a side street where we saw a guy holding up a cell phone and waving a Palestinian flag as we hurried by. Then while we were at the bus stop, a brigade of motorcycle cops, also in full gear, drove by, and we heard several instances of sirens blaring on nearby streets. The bus schedule said it runs every 15 minutes, but after seeing all the police activity, and waiting 45 minutes without a bus in sight, we knew something was amiss. Discovering there was also a mass protest having to do with environmental policies or something, we figured that some kind of disruption was likely the cause of the buses not running on schedule.

The taxis were taking full advantage of the situation by coming by the bus stop and charging 40€ per person to the airport. What a joke! We walked quickly back in the direction of the hotel, looking for a cab along the way thinking that if we made it all the way to the hotel, they could call us one, and for a fair price. Indeed we saw a cab along the way who told us it was 50€, fixed price. That’s more like it! Since the driver was able to take us right to our terminal, we ended up there at about the same time we estimate we would have if we’d taken the bus. So, all’s well that ends well. We made it through passport control in a surprising 5 minutes and through security in about 10, and were at our gate in plenty of time.

A 10 hour flight is no one’s favorite, but the plane this time seemed nearly empty. We each got our own rows so we could stretch out — that made things a little easier and much more confortable. We love travelling, and love France, but there’s no place like home. 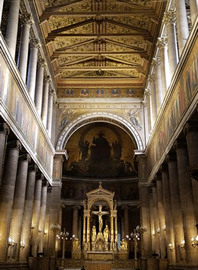