Ever since Ginger took her "Twilight Trip" with a college friend in 2013, she wanted to go back to the Pacific Northwest with Neil to see Seattle and view some of the sights that aren't Twilight-related. When we planned our 2015 vacation, we kept that in mind, as well as the Red Sox schedule to see where they were playing in different cities. It worked out that mid-May was a good time for both of us, and the Red Sox were playing a series against the Mariners in Seattle at that time. So we planned out a trip whereby we'd spend a night in Seattle, see the game, and then head West to the Peninsula to do some hiking and sight seeing in the Olympic National Park and area beaches.

Ready for your own virtual vacation to Washington State? Well, here you go... 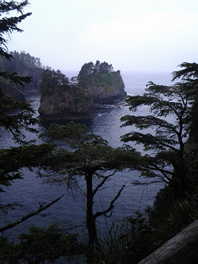 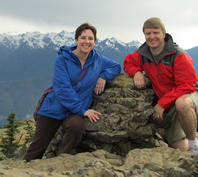